What is Computer Programming?

I’m not the government. And I want more coders. Yeah. I want better doctors, nurses, lawyers and things too. But personally I want more coders. I just want everyone to have a basic understanding of how their computers work. Learning to code is important. It’s important to know how the technology around you works. Which drive my attention to write something like this to enlighten beginners or unskilled person to choose coding in tech industry.

What is Computer Programming?

On Wikipedia, the definition of “Computer Programming” is:

“Computer programming is the process of designing and building an executable computer program to accomplish a specific computing result.”

But what does that mean?

A computer itself isn’t smart. Yes they’re powerful and have the potential to carry out tasks much faster than a human. But computers need a human to write instructions and tell them what to do.

What exactly is a programming language?

What are the main programming languages used today? How many are there?

Why are there so many programming languages?

What is a compiled language?

Programming languages such as C, C++, and Java have a “build” process where your code is compiled down to a more readable format (machine language) for the computer.

What is an interpreted language?

JavaScript, PHP, and Python are examples of interpreted programming languages. There’s no build process and the code doesn’t need to be compiled. Your code is being interpreted or read line by line as you run the program.

Therefore, interpreted languages are slower than compiled languages. They have to be translated on the fly so the computer can understand.

But with just-in-time (JIT) compilers, interpreted languages are becoming faster and more efficient.

Which programming language(s) should I choose to learn?

The programming language you should choose to learn first depends on a number of factors. For example, I wanted to be a web developer, so I chose JavaScript as my primary programming language. Other languages for the web you can learn are PHP and Larverl

If you want to become a data scientist, then Python might be an option. Python is considered one of the best data science tools to analyze big data

Python is a general purpose programming language, and is also useful to learn if you want to get into the field of Machine Learning and Artificial Intelligence. If you want to become a Software Engineer then Java, C#, C++ could be an option. Java is one of the most popular and in demand languages in the world. It’s a versatile language which can be used for developing small to large enterprise software.

You have read through and have some questions in your mind like these below?

IS IT HARD TO BECOME A COMPUTER PROGRAMMER?

HOW LONG DOES IT TAKE TO BECOME A COMPUTER PROGRAMMER?

How to Become a Computer Programmer

Get the education you need: Find schools for Computer Programmers near you!

Some computer programmers have a bachelor’s degree in computer science or a related subject; however, some are self-taught from other fields like social science field. Most programmers specialize in a few programming languages.

What Computer Programmers Do

Computer programmers write and test code that allows computer applications and programs to function. They may translate designs from software developers and engineers into workable code. They may also update or expand the code of existing programs or test programs for errors, finding and resolving faulty lines of code.

Where Can I Work as a Computer Programmer?

Coding runs the world as we know it, but the vast majority of people aren’t even aware of its existence, let alone what it even is. Before we start, I want you to try to answer “What is Coding?” for yourself: right-click somewhere inside your browser window, and select ‘View Page Source’. Scroll through the window that pops up and see if you recognize or understand anything.

As you may have expected, you were just viewing the code behind this webpage, or the document object model (DOM). That means, that you see the full markup of the page and if you have learned at least the basics HTML, CSS or JavaScript, it might be easier to spot some familiar tags and elements.

What is coding? let’s define coding as the basic act of writing – in a programming language – a script that a computer can understand. This script will tell the computer to behave in a certain way, to do a certain thing, and to, ultimately, perform the actions that you want it to – if your code is right.

Computers don’t understand human language and in order for us to see some results (like display a web page), we have to write it in a way that the computer would understand.

Why Should I Learn Coding?

Now that we have touched on the basics of coding, it’s time to take a look at a few of the reasons why you should think seriously about learning to code. Coding can have huge impacts on both your personal and your professional life.

What Types Of Coders Are There?

To fully understand the coding background, you need to know that there is a wide range of different types of coders out there. Each of them specializes in a different thing, and each of them is required to learn different languages and techniques that allow them to specialize in these things.

Although I have explained what is coding and three of the most common types of coders below, there are many, many more. Some of the other types not touched on include systems engineers, game developers, and AI programmers – among others.

Front-end developers are the people who build websites. They are responsible for the design, layout, and the way content appears on a webpage. This is done in several ways, but the most popular front-end languages are HTML, CSS, and JavaScript.

Although a front-end developer is responsible for the major design and interactivity features of a website, the back-end developer is the person who builds the web apps that the website runs on. Web apps are complex applications that are designed to do a certain thing and are built into a website’s underlying code. Some of the things that web apps built by back-end developers allow you to do include: Log in and out of a website once you have created an account. Connect with friends and build a user profile. Social sites like Facebook and Twitter are great examples of this sort of thing.

Read more to know the main responsibilities of a back-end web developer.

Although you may think that this is pretty self-explanatory, it is still worth going over. Mobile app developers create apps for iOS and Android operating systems (surprise surprise!). Recent statistics suggest that the number of smartphone users in the world is nearing 2.5 billion, which is a huge number.

This means that there is a huge demand for mobile apps. Apps like Facebook, Snapchat, and Instagram have already taken the world by storm – who says that you can’t create something similar?

If you want to learn web or mobile development, you will need to learn one of these languages. If any of them interest you, click on this form.

Technology influences and code touches almost every part of our lives. From our choice of entertainment (online games, streaming, chatting) and how we shop (ecommerce), to choosing what we eat and even how we date! Code is important and more jobs will shift and require people to have at least some basic understanding of programming.

If you’re thinking about becoming a developer, start today. It is an incredibly exciting time to do so! There are many learn-to-code resources online. There are self-paced platforms like freeCodeCamp. Do some research and find out which resource suits your learning style and if you want a guide or mentor to lead feel free to contact us on our social media platforms or fill this form. 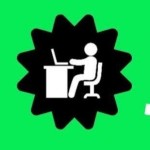 2 thoughts on “What is Computer Programming?”